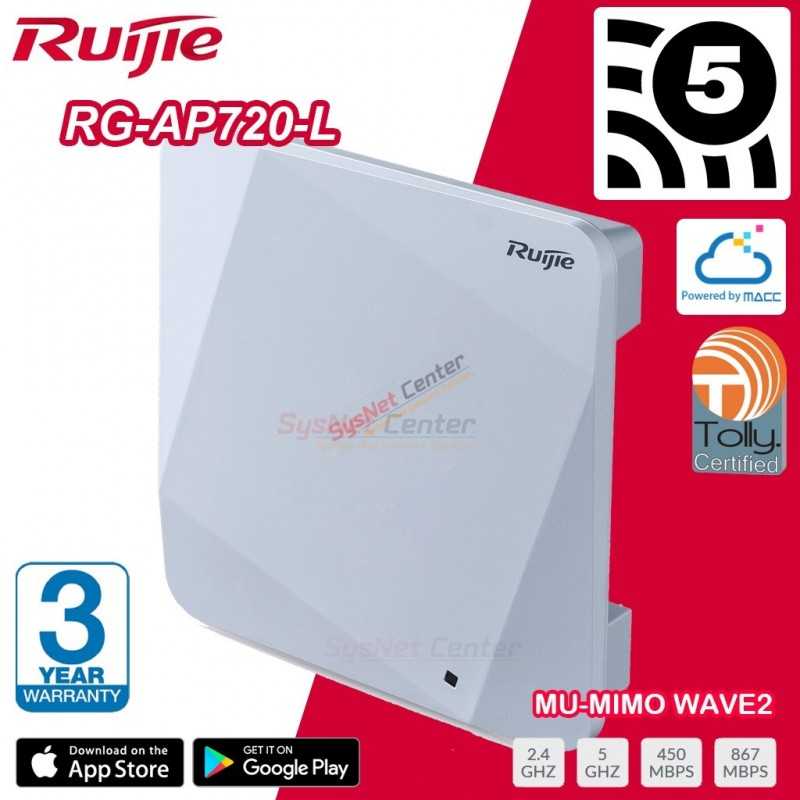 Tests of TCP throughput were conducted using a single 2x2 MIMO client (two spatial streams) in separate tests of downstream and upstream throughput in both 2.4GHz and 5GHz bands. All three Ruijie APs were compared to both Ubiquiti APs in the 2.4GHz and, additionally, with the Huawei AP in the 5GHz test. See Figures 2 and 3 for all throughput test results. 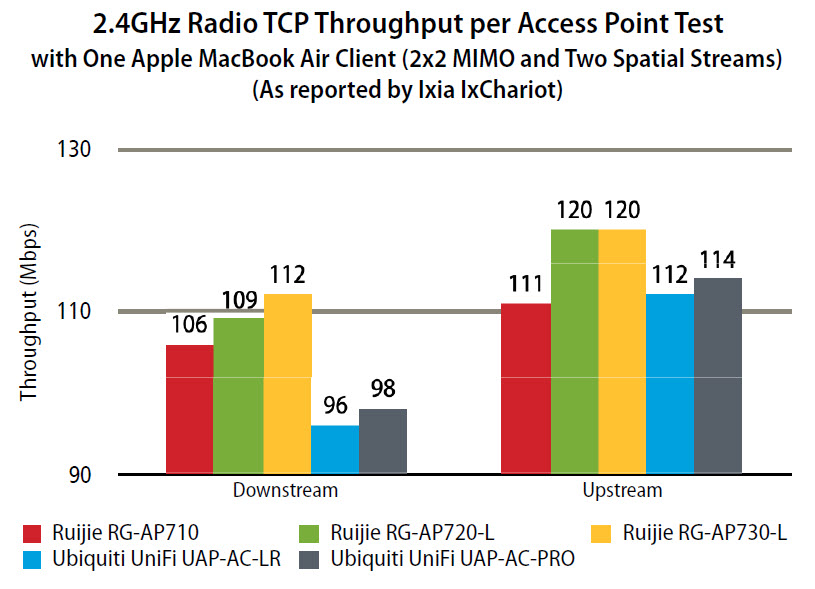 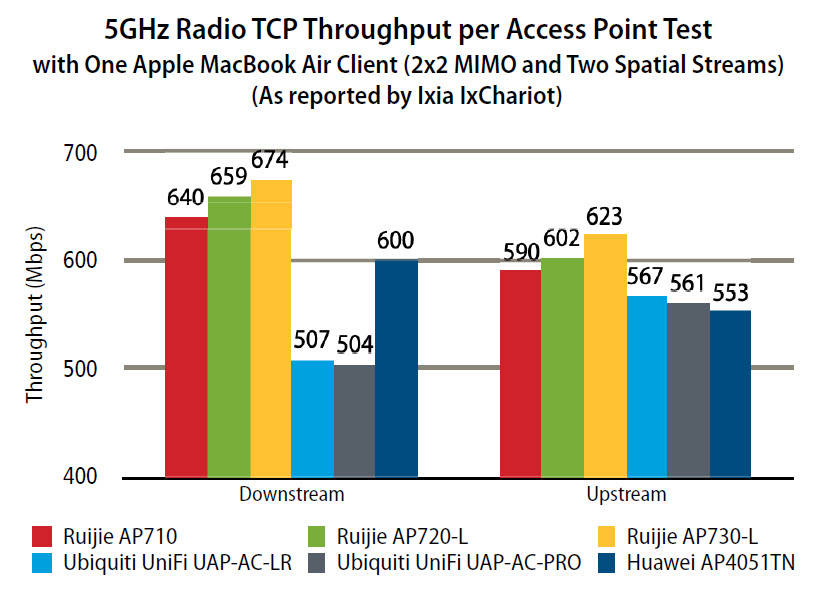 Tests of TCP throughput were conducted using a single Apple iPhone 6s client (2x2 MIMO, 2 spatial streams) using a hotel corridor having no obstructions with APs installed on the ceiling. Tests were run between the Ruijie AP-710 and the Ubiquiti "long range" AP, the UAP-AC-LR at both 2.4GHz and 5GHz bands and separately for downstream and upstream traffic. See Figure 4 and Table 2 for all long- range test results. 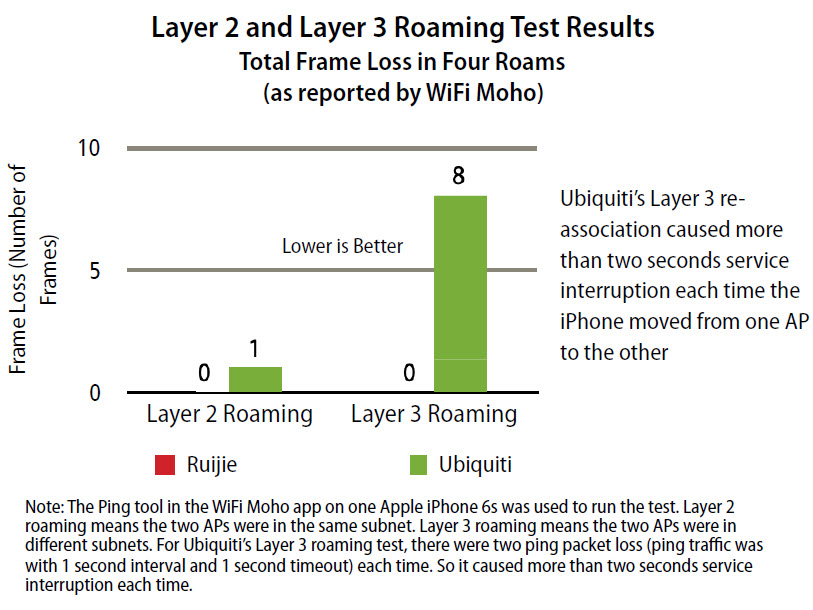 Tests of roaming frame loss were conducted for pairs of Ruijie and Ubiquiti APs at both layer 2 and layer 3. In the layer 2 scenario both APs under test were part of the same IP subnet. In the layer 3 test, each AP was part of a different IP subnet.

In both scenarios, the client was able to roam seamlessly using the Ruijie APs with no frame loss and, thus, no session interruption.